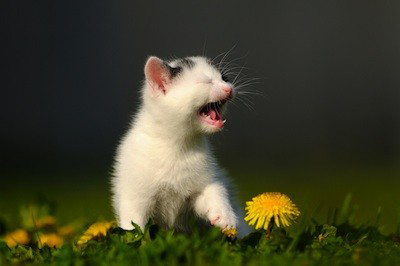 Everyone sneezes. Some people sneeze more loudly or forcefully than others, but it's something that everybody does. In a way, it's one of the few things that we all have in common. While sneezing is common to everyone on Earth, there are some really interesting things about sneezes and sneezing that most people don't realize. Here are just a few nuggets about sneezing that you've probably never heard.

Sneezes Travel Faster (and Farther) Than You Might Think
Sneezes travel up to 100 miles per hour (that's faster than most fastballs) and sometimes the speed can be dangerous. Very rarely, people have broken a rib due to the speed of their sneeze. The high speed of sneezes is partially what allows them to travel great distances - up to a 30 foot radius from where you sneezed. This seems like a good time for a reminder to always cover your nose with a tissue when you sneeze, or at least to sneeze into your elbow.

Sneezing Gives Your Nose a Reboot
When your computer is acting up or is overwhelmed by too much activity, you reboot it. That's essentially what our bodies do with our noses when we sneeze Much like a finicky computer, our noses need a “reboot” when overwhelmed. The pressure force of a sneeze triggers a "biological reboot" in the nose, and the sneeze itself is caused by biochemical signals that regulate the beating of the microscopic hairs lining the nasal cavity called cilia.

The Sun Can Cause You to Sneeze
Ever notice that you sneeze in bright sunlight? It's real, 1 in 4 people report sneezing in reaction to sunlight. This sensation is called the “Photic Sneeze Reflex.” While there is some debate as to what triggers this reaction, some scientists believe that the message to the brain that tells it to shrink the pupils in the eyes may cross paths with the message the brain receives to sneeze.

Sneezing in Sets of 2's and 3's
Multiple sneezes can occur when particles trapped in the nasal passages need a little extra help to be expelled from the nose. It frequently requires more than one attempt to get those irritants out, so the body will sneeze multiple times in a row.

Is your sneezing becoming a problem? If you're in the Athens/Northeast Georgia Area, call Ashford Clinic today at 706-248-6860 to learn more and to schedule an appointment.